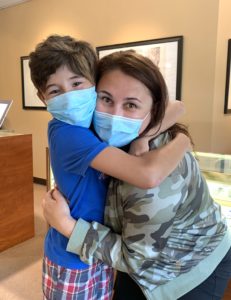 Our mission is to allow all kids to express their appreciation for their mothers, to teach kids to become powerful writers, and to prepare them for a lifetime of success by building self-esteem. 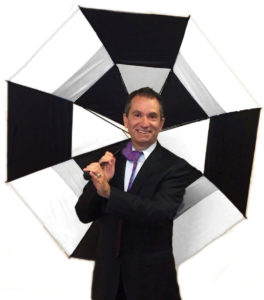 In 1993, founder Diamond Mike Watson started a mother’s appreciation contest in honor of his adoptive mother, Martha, and his birth mother who died before he met her. It would also give kids a chance to show their appreciation for their own moms. Watson invited kids to write a letter entitled, Why Mom Deserves a Diamond®. The most creative contestant would receive a diamond.

Out of about 200 entries submitted, a girl named Margaret claimed her grand prize diamond. Like buried treasure, her enchanting poem sparkled deep within the small mound of essays on Watson’s desk.  On Mothers Day, Margaret presented the precious gem to her mother.

The Why Mom Deserves a Diamond® contest serves an important purpose to bring back human connection.  Since 1993, the contest has required a winner to recite his or her essay to mom.

I am thankful to be a witness in the thousands of unforgettable experiences between kids and their moms. There is nothing that replaces the eye to eye exchange and hugs between two persons.

I am so thrilled to be a part of this legacy.

Born with only the name “infant” on his birth certificate, contest founder Diamond Mike Watson was adopted by Stoy and Martha Watson in New Albany, Indiana. He loved his adoptive parents but was always curious to know of his origins. Twenty years later he found 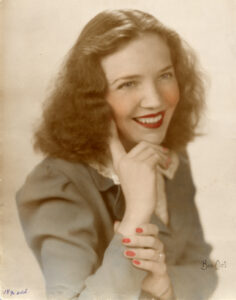 his birthmother but she had already died.

Martha was a compassionate listener, slow to anger, and could brighten the climate of a room with her natural smile.  Martha loved everyone she met.  She will forever be known as the mother who inspired the contest.